On November 24-26, 2021, the European Forum for Disaster Risk Reduction was held in Matosinhos, Portugal, which was attended by emergency authorities’ delegations from Europe, Central Asia and the South Caucasus, as well as representatives of many international organizations.

The Director of the Center as a speaker took an active part in "Disaster Risk Governance", "INFORM Subnational Risk Index in Europe and Central Asia" sessions as well as in the panel discussion on the adoption of the EFDRR Roadmap for 2021-2030 "Accelerating the implementation of the Sendai Framework Program", during these sessions the results of the Regional Forum-Meeting of the heads of emergency authorities of CA countries (November 4-5, 2021, Tashkent) were announced, in particular the approval of the Strategy for the development of cooperation between CA countries in the DRR for 2022 -2030, Action Plan o for the implementation of this Strategy and other documents.

As a result of the Forum, a Declaration (Communiqué) of stakeholders was signed at a high level. 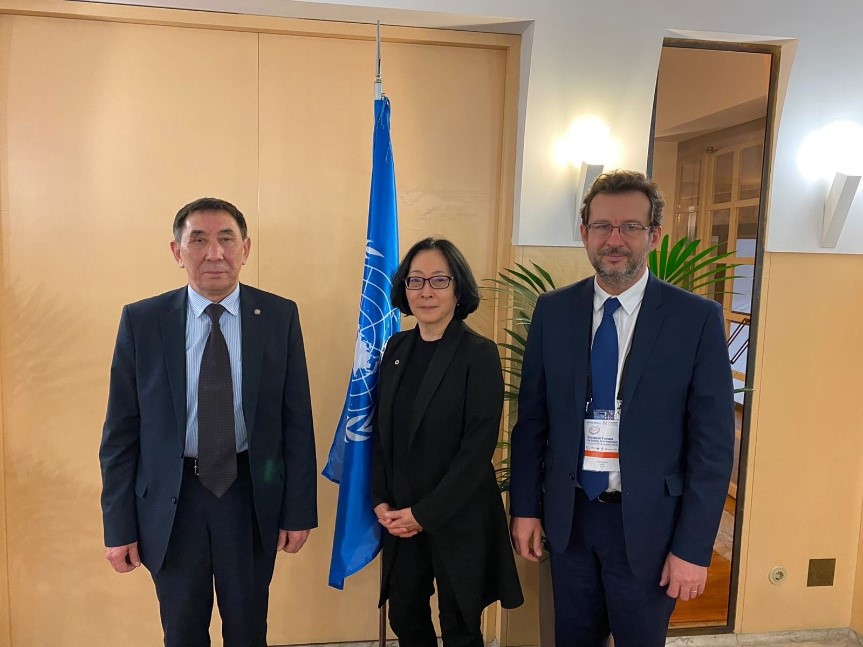 Within the Forum Director of the Center held a meeting with the UN Secretary General's Special Representative for DRR Ms. Mami Mizutori. They discussed issues on development and strengthening of regional cooperation in DRR of CA countries to implement the Sendai Framework, and support was received in attracting investments to make the region more resilient to disasters.