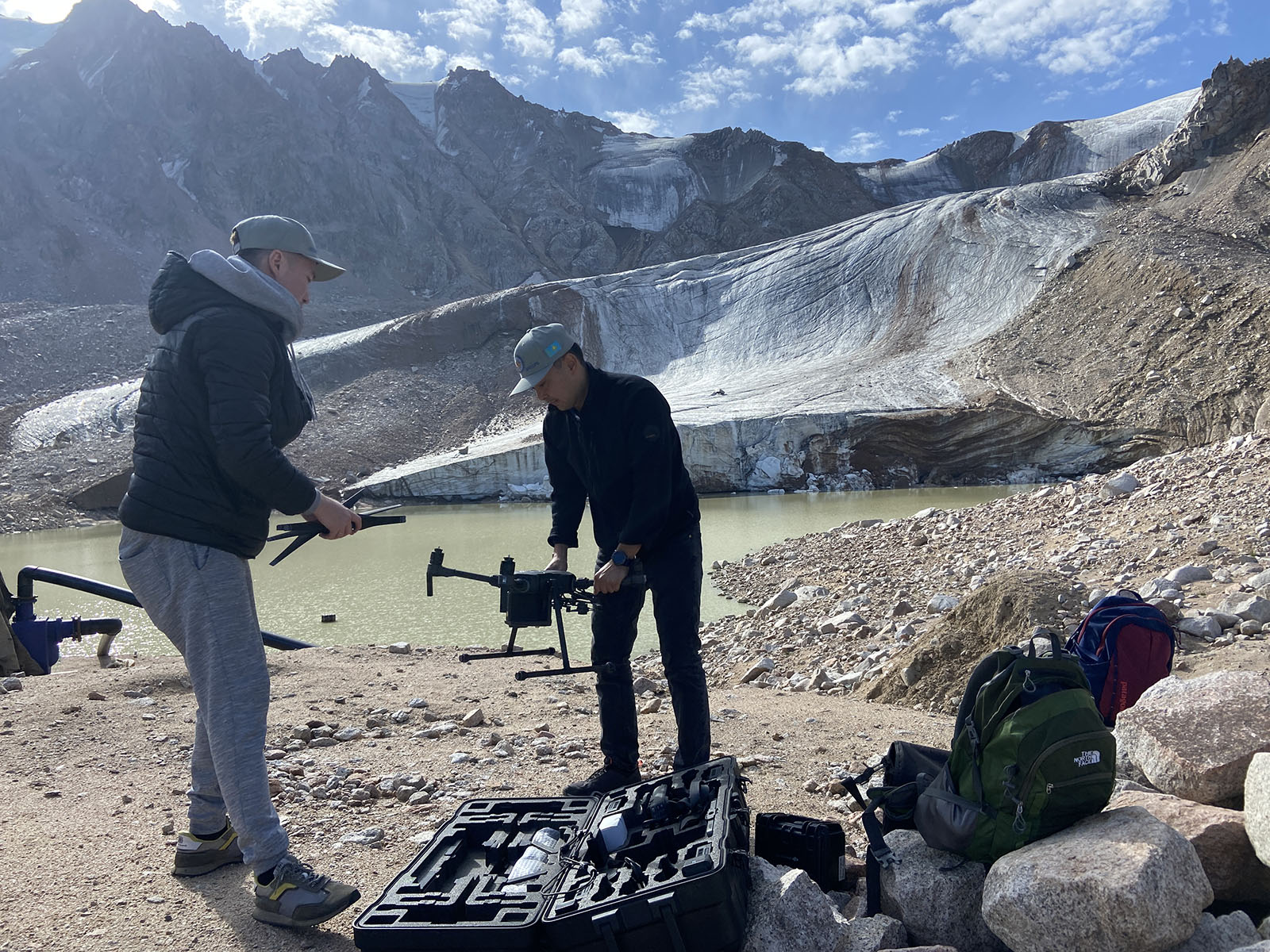 On August 15, 2022, a Joint technical working group, consisting of representatives of the CESDRR and the Institute of Geography and Water Security, with the participation of an OSCE representative, conducted bathymetric surveys of high-altitude breakthrough moraine lakes, located in the upper reaches of the city of Almaty in order to form an underwater relief and calculate the volume of water in these lakes using an echo sounder.

In addition, specialists made an orthophoto map and a 3D model of the relief of lakes using an unmanned vehicle.

The obtained bathymetry data and UAV surveys make it possible to build a complete three-dimensional model of lakes with the possibility of calculating the actual volume of lakes, as well as determining their critically dangerous maximum volume in order to assess mudflow risk.

Field research within the framework of the above project is ongoing. 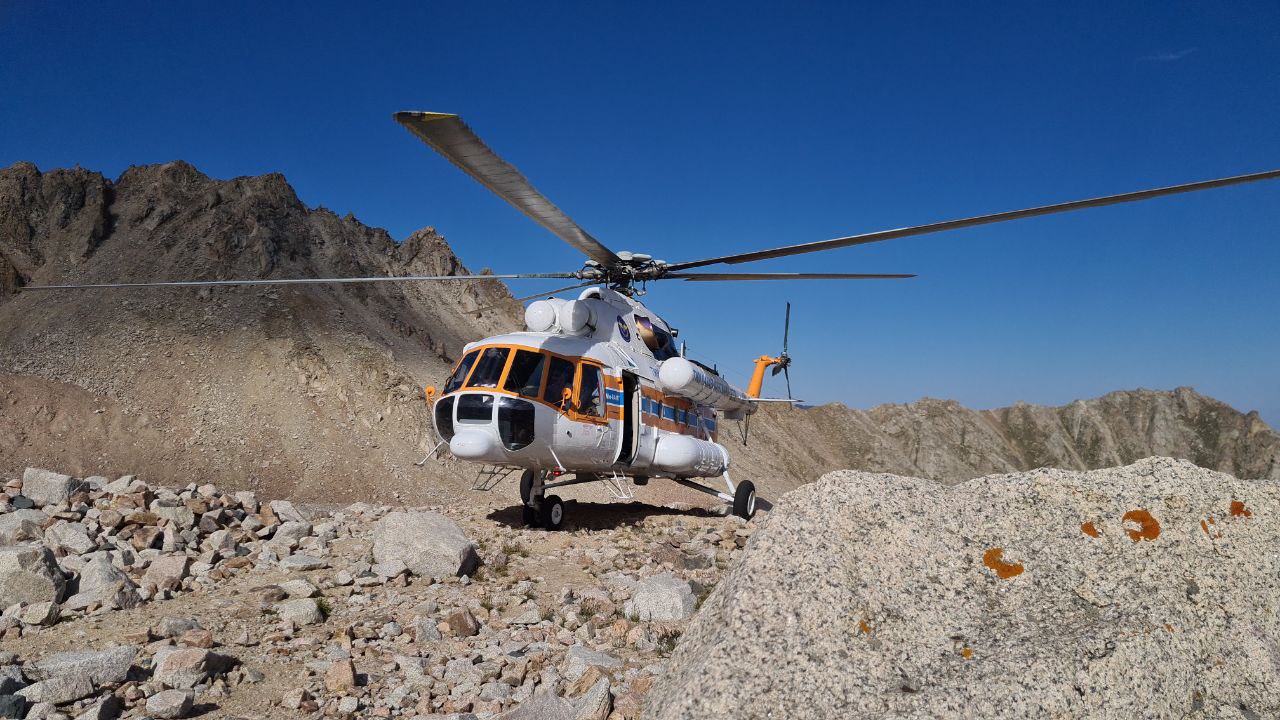 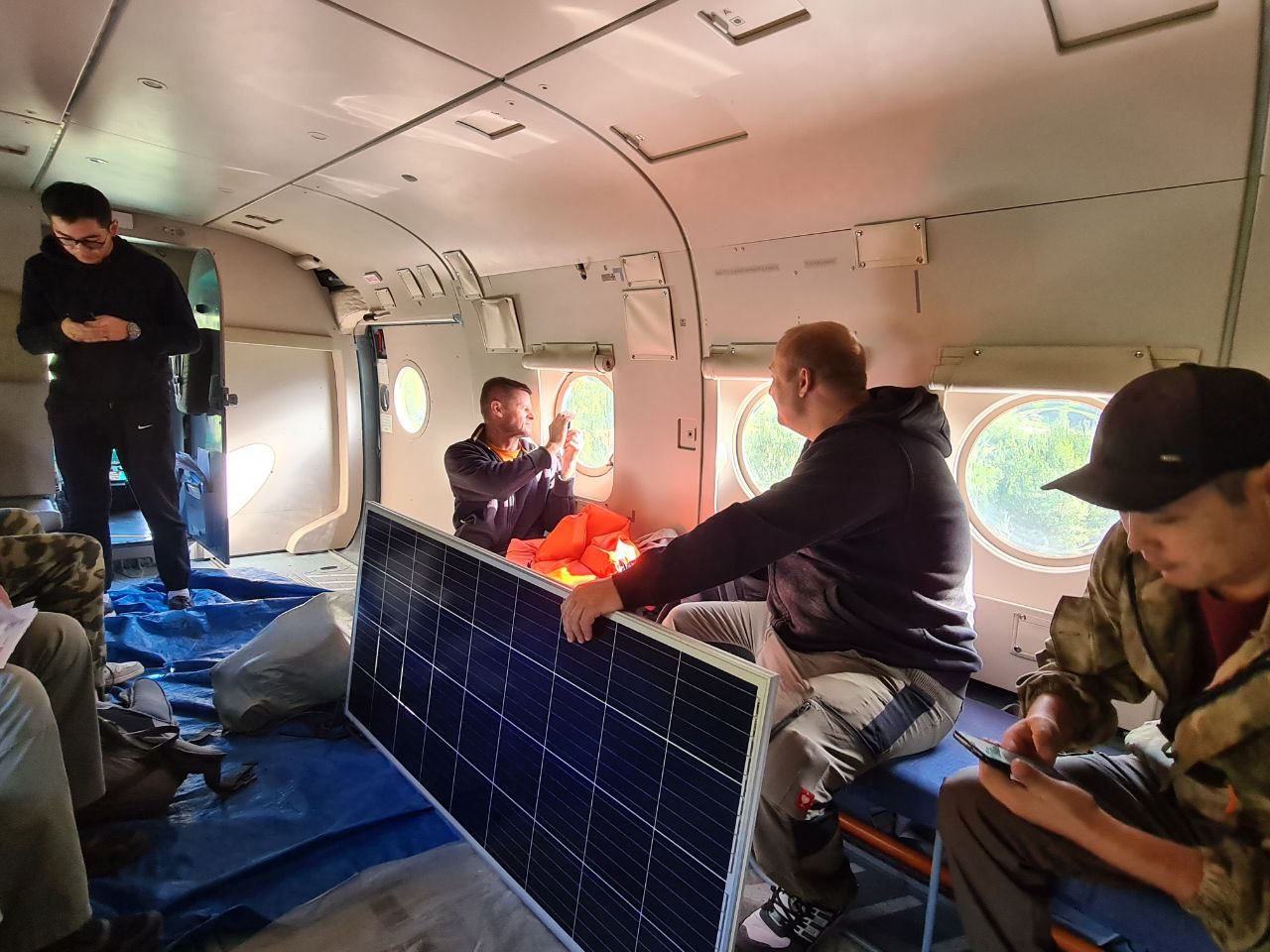 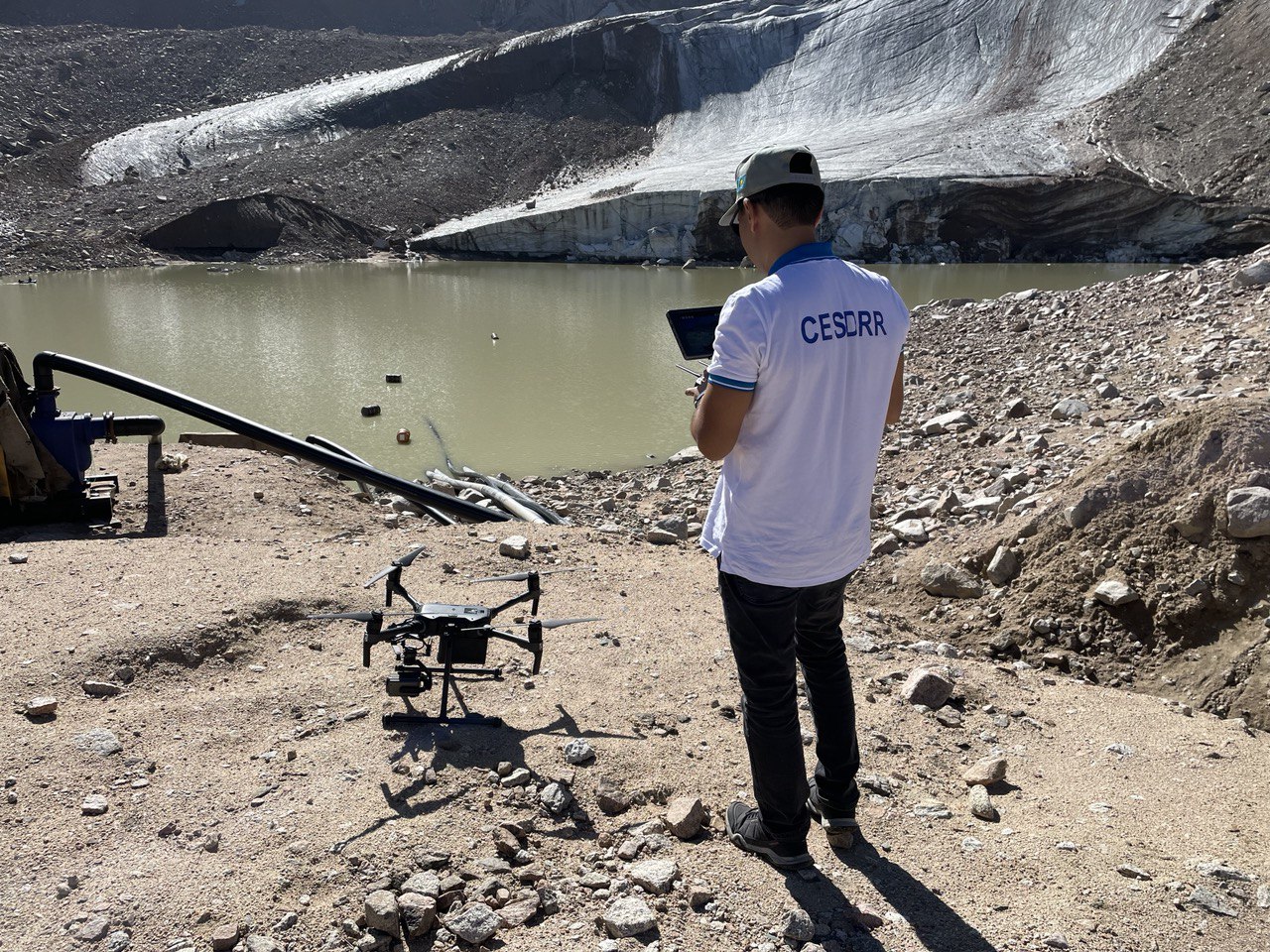 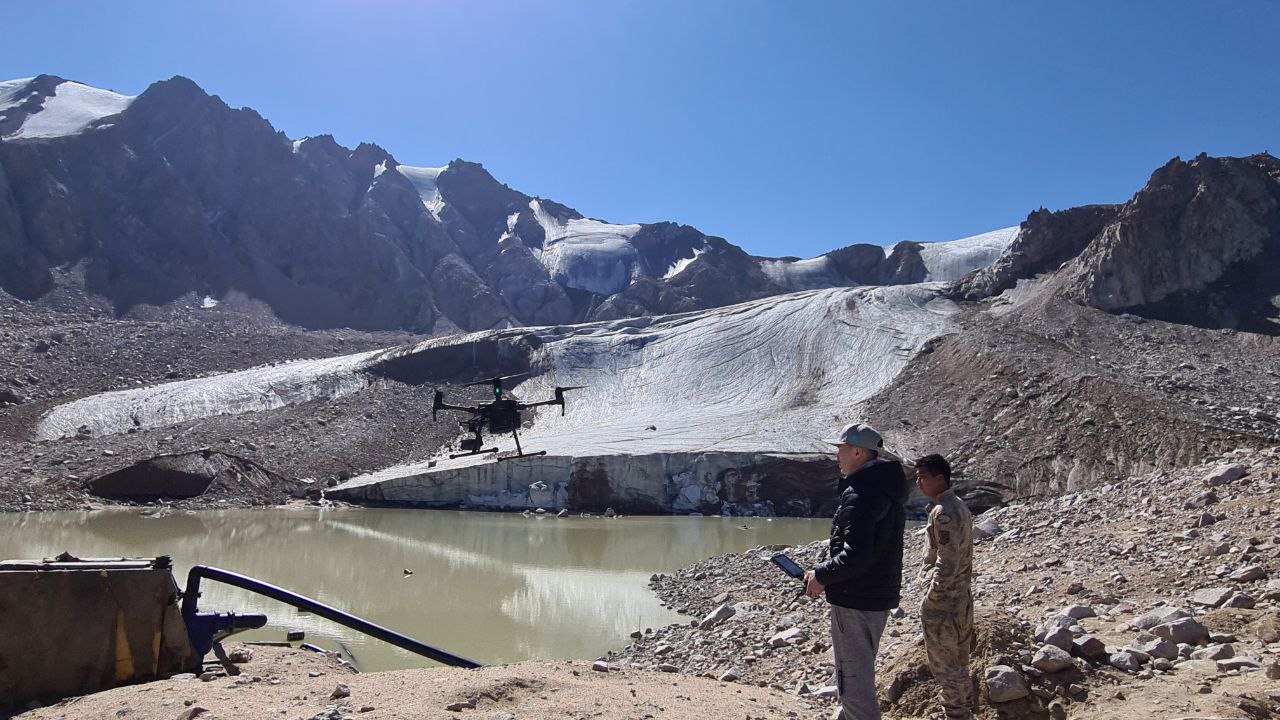 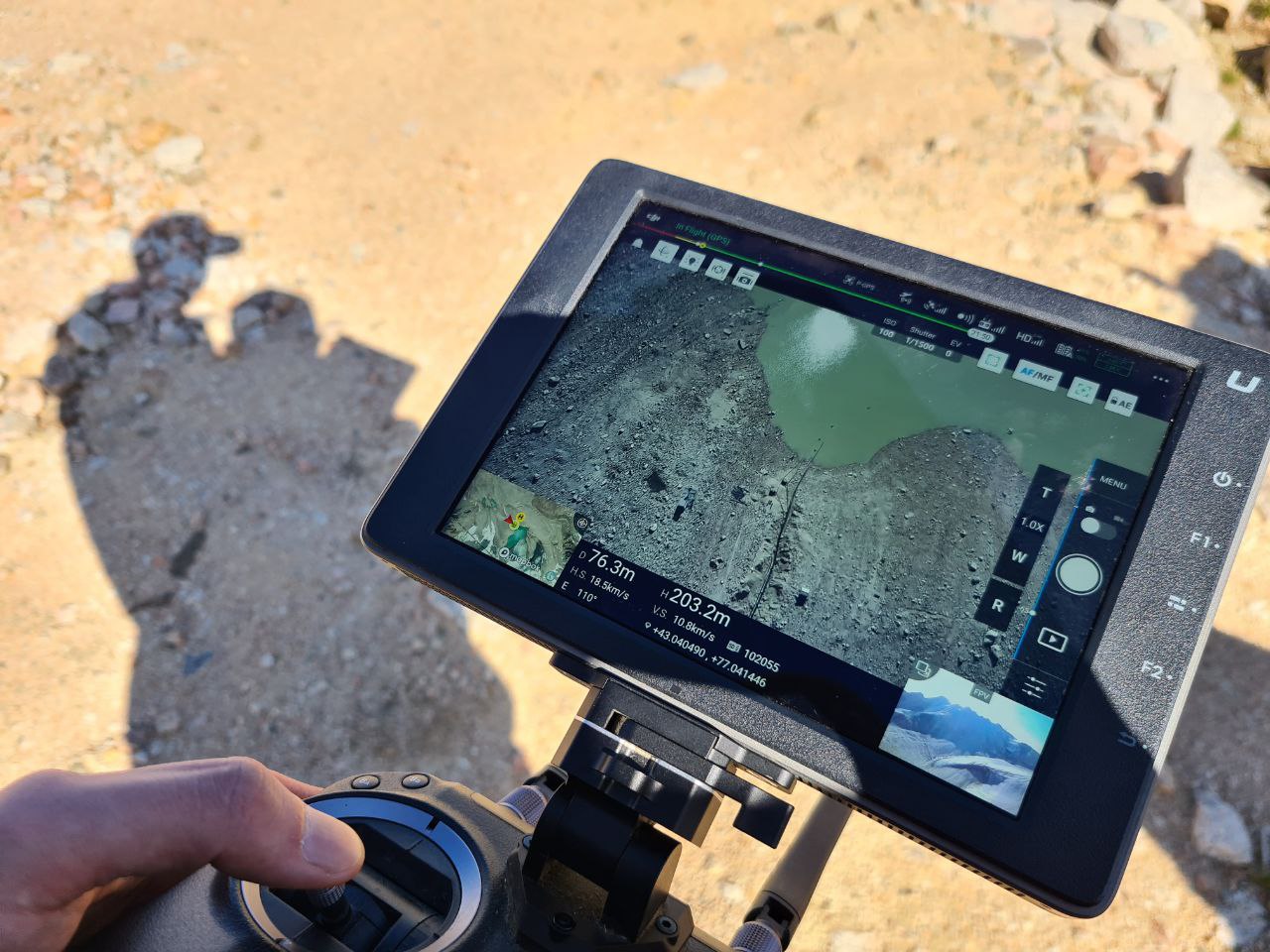 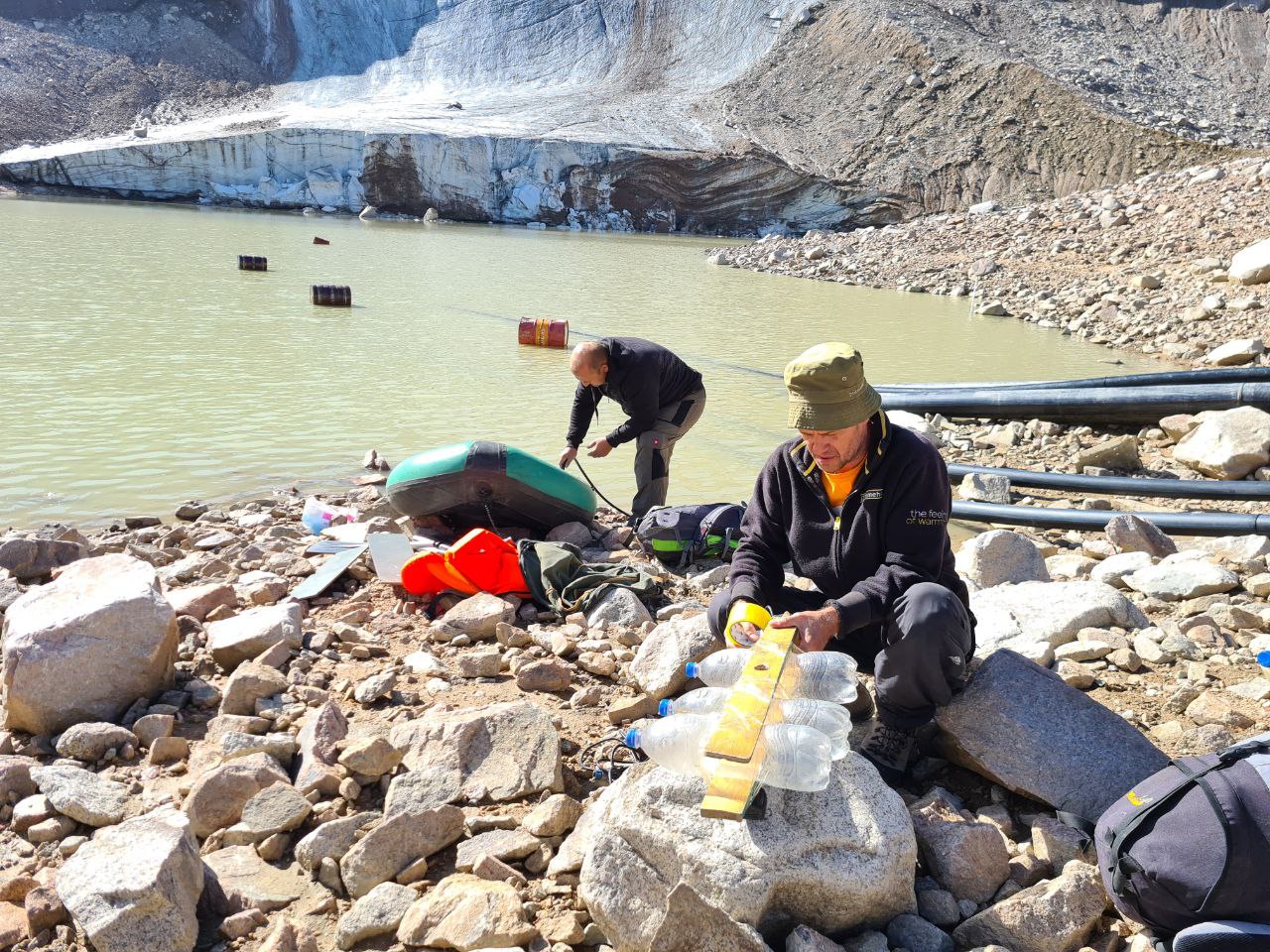 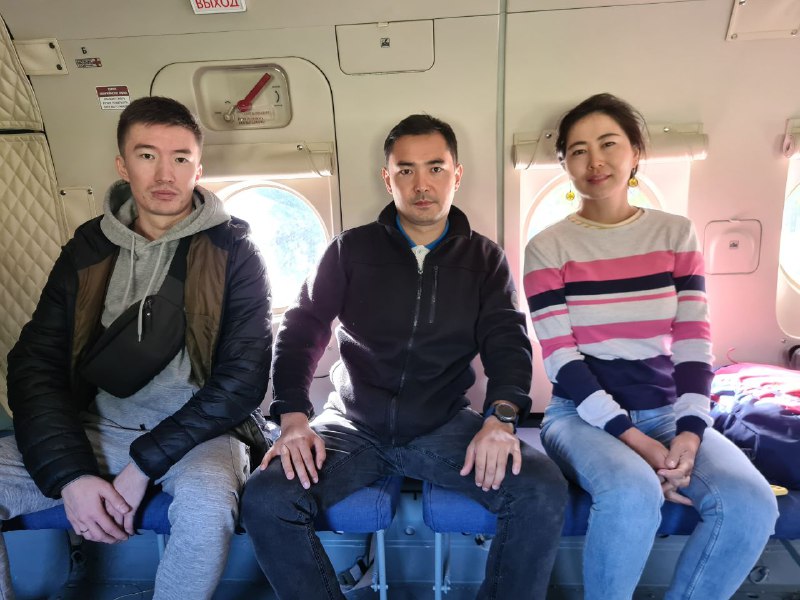 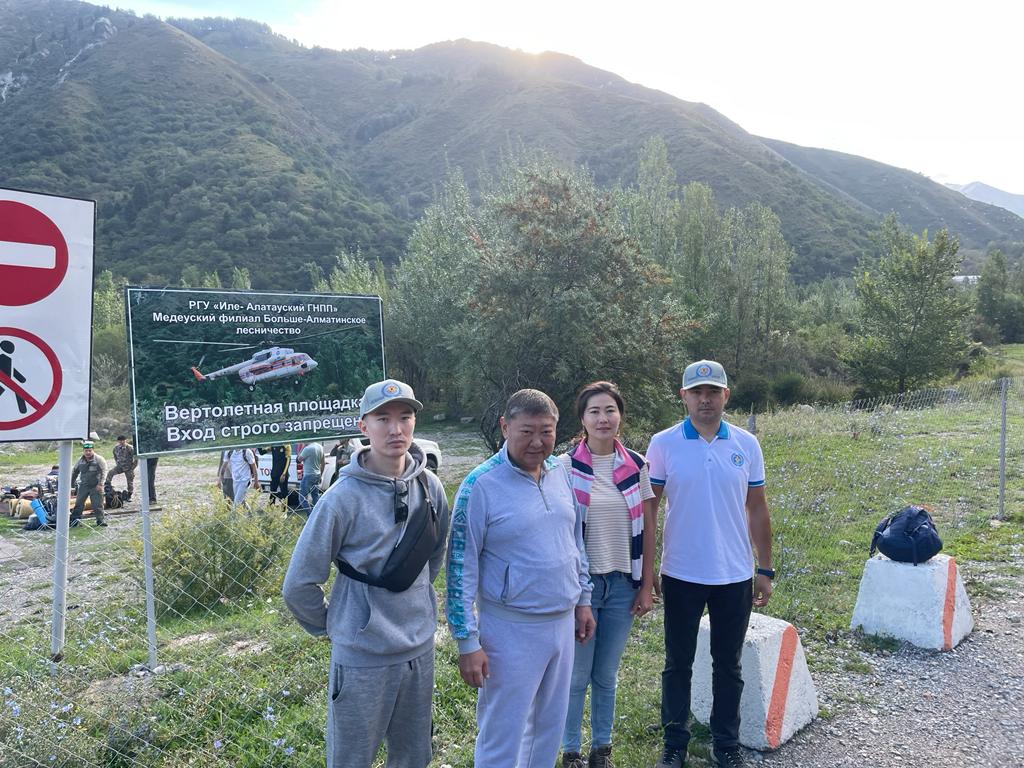